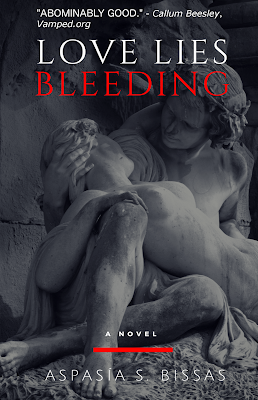 What happens when a predator loves its prey?

Centuries-old Mara is dying a slow death when she meets Lee, a young man whose life has never belonged to him. Thrown together, they're forced to fight those who would destroy them and survive a slew of enemies they never expected, even as Mara falls into a downward spiral of delusion and obsession. Will she make a devil's deal to save both their souls? With pasts like theirs, can they ever have a future?

Available in paperback and ebook at Amazon, iBooks, Barnes and Noble, Booktopia, Kobo, Indigo, and other booksellers, including indie shops. On the run from both vampires and hunters, Mara and Lee are forced to confront the bleak reality of their future together. But an unexpected turn of events offers Mara the chance to shift things in her favor--at a cost. Will she walk away or will she embrace the magic?

Available as a FREE download at Smashwords, iBooks, Barnes & Noble, Indigo, Kobo, and other online booksellers.